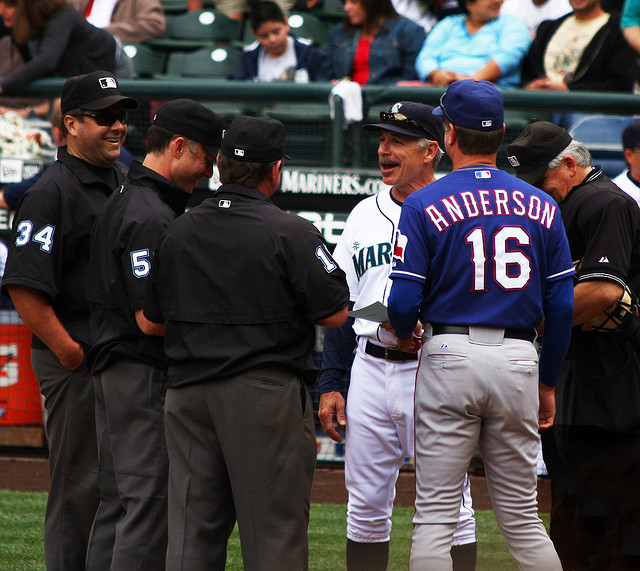 Starting this Season, I am going to beginning writing down the questions and concerns that rise on Game Nights and I am going to send the answers out to ALL the Coaches and Umpires in our Weekly Coaches Concerns (W.C.C.)
This is to ensure we are ALL on the same page. Concerns that rise on Game Nights are due to something that players/coaches see and have questions about, and most likely are not the only one confused about! So I believe this is a perfect way to make sure everyone is hearing the same thing and will help improve consistency!
Also, I am more then happy to hear everyone’s concerns and comments in regards to our Kickball League. You gals and guys help make us who we are today, with out you and your teams there would be no game! Please remember there is a difference between constructive concern sharing and complaining about a Umpire’s call during a game. I have no influence over an Umpire’s call during a game, nor will I question their judgement during a game.
Any disputes about a call during a game must be handled between Coaches and Umpires only.
(Otherwise make sure I write down your concern/question so I can answer it here for everyone)
PLEASE message me any Assistant Coaches or Players emails you believe would benefit from being on this list!

(Questions regarding situations on the field that need to be clarified)

— Once a fielder plays a fair ball, if the ball touches a base runner while they are attempting to reach a base or off a base, they are out, whether or not the fielder maintains possession of the ball.  Exception- a baserunner overrunning first base with no attempt made for second base.

—  A base runner is safe until called out by the Umpire.  If there is confusion, caused by the opponents, as described above, the runner shall return to the base and play will continue.

Sportsmanship rules include that players should not try to influence or confuse opposing players.

— The infield fly rule is used when there are runners on first and second(or first, second, and third) with one or less outs.  The rule is intended to not allow the defensive team to misplay an infield fly so they can get multiple outs.  The umpire will indicate vocally that the infield fly rule is in effect and that the kicker is out. Runners may advance at their own risk.  Because the kicker is declared out, the kicker is out whether or not the ball is caught, and there is no force play at any base. If the ball is caught,  all base running rules after a caught ball are in effect.

How many players can be on the field? (Males & Females)

Team has more males than females, must play with 7 players (4 males and 3 females ONLY exception) & a “Ghost Out” will be placed within the batting order.

Where does the pitcher have to be while pitching?

– Pitcher shall roll the ball, staying on or within 5-feet in front or behind the pitcher’s plate until the ball is kicked.

Stepping over home when kicking results in what?

– Fouls are always counted as strikes, including on a 2 strike count and are called when:

….The kicker kicks the ball with any part of the foot planted outside the kicking box, including in front of home plate.

Rules and Tips can be found HERE
Share This
Related Posts